David E. Worby, is a composer, screenwriter, playwright, author and a trial lawyer where he is best known for representing 10,000 World Trade Center rescue and recovery clients experiencing Ground Zero illness for whom he made hundreds of media appearances and news interviews resulting in a global settlement.

As much as anyone, David Worby was a catalyst for the suits now settled, for which he deserves applause.
— Daily News

Born in Rockland County, New York, Worby graduated from Cornell University, on the Dean’s list, and from the Villanova University School of Law, where he received a J.D. and was a Law Review Member. Worby is the founder and senior partner of the law firm, Worby Vecchio Edelman, LLP (formerly known as Worby Groner Edelman) based in White Plains, NY. He is a nationally recognized trial attorney with a record of winning jury verdicts. Worby has also hosted two of his own talk shows: “Worby’s World” and “Worby’s Law”.

He has lectured and been speaker for Cornell University, Pace Law School, Villanova Law School, the New York State Trial Lawyers Association, the American Trial Lawyers Association, and other Bar Associations. He founded both the David E. Worby Scholarship Fund and the David E. Worby Course in Advanced Trial Practices at his alma mater, Villanova Law School to encourage aspiring attorneys. He also sits on the boards of the Avon Theater Film Center, Student Assistance Services, Kennedy Center for the Arts, endowed a Chair at Cornell University, and funded the Worby Clinical Practice Offices at Villanova University School of Law where he was an editor of the Villanova Law Review.

Worby is a BMI songwriter with song catalog representation by Dan Hodges Music. He had his first major label cut by a realty show star, Dan Evans (The Biggest Loser) with “I Never Let You Go.” He has since celebrated recordings of his songs from Matt Kennon, Julie Myers, Trini Triggs, Vince Hatfield and many others.

David has the rare gift of being able to write successfully in all genres of music.
—Phil Sweetland, New York Times

His incredible musical family (his sister conducts the Musique Philharmonic in Pasadena, California and his brother is the Executive Director of the Westchester Philharmonic), is one reason for the passion and flow of music and writing in his life.

David also owns his own publishing company, “I’m Not Mozart” with offices in New York City and Nashville. 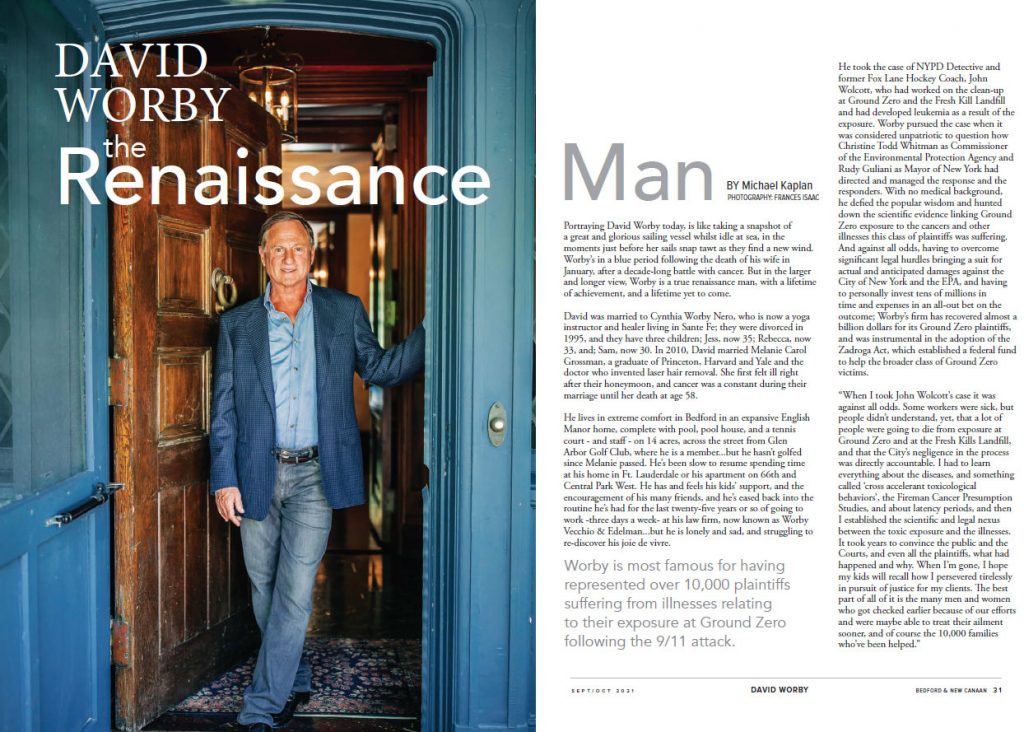 Learn more about David as featured in the B&NC magazine here.